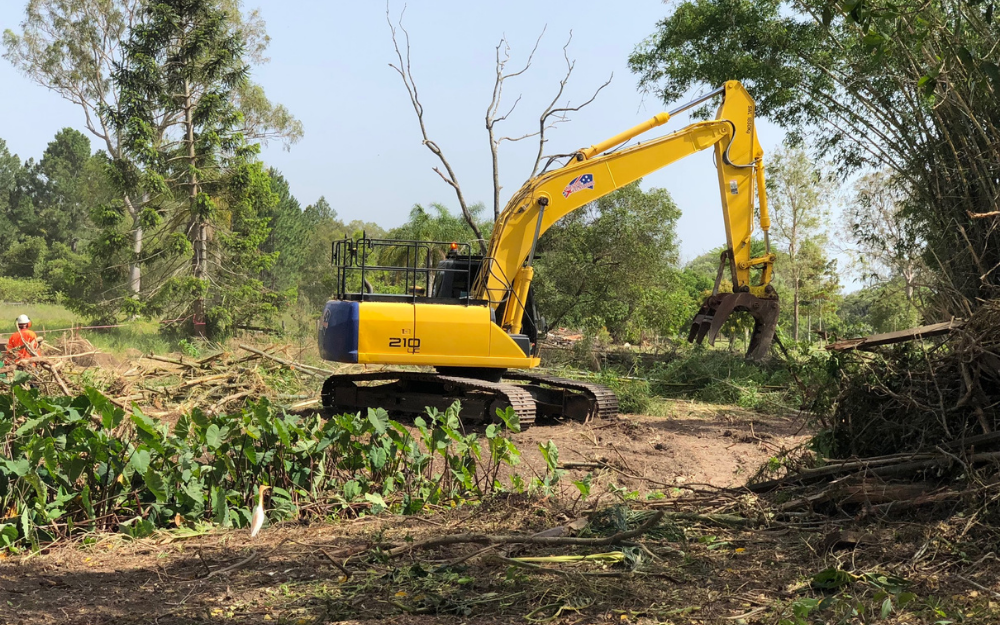 The world of construction in Brisbane is ever-changing, with new technologies and machines appearing every year. However, one classic machine stands the test of time and has more than proven its usefulness on sites around the city.

This post will be all about the excavator, what it is, how it works, and general information on Redlands excavator hire.

What Is An Excavator?
The first known hydraulic digging machine was built by Sir W.G Armstrong & Company in 1882, England.

Since then, the excavator has come a long way. Modern-day machines are made up of the trademark rotating house, on top of which is a telescopic boom. Attached to the end of this are hydraulic gripping claws, front grapples or single couplings, and, more recently, bucket attachments.

Seeing as this machine has been around for over 100 years, some misconceptions about excavators need to be cleared up here. Excavators aren’t just used for digging; excavators can also scoop up materials or push/turn the earth.

Other attachments are often attached to the rear loader of the machine, allowing excavation and demolition operations. This machine can be considered a workhorse that performs several tasks on site.

How Do Excavators Work?
The boom is operated using a joystick, and we can use the hydraulic gripping claws to pick up loads such as rocks, earth, or even trees.

The digging bucket is also controlled using a joystick but at its core is hydraulics. The machine uses hydraulics and pneumatics (air pressure) to rotate the turret, boom lift and drop and claw tilt.

As far as hydraulics go, excavators are quite safe. If any part of the hydraulic system malfunctions or is damaged, the machine will stop working and not cause damage.

What Are Their Uses?
Excavators are one of the most versatile machines on-site and can be used for digging, loading, or excavating. Many companies also utilise this unit to complete various tasks, including:

Road widening – widening roads is often done by clearing out all vegetation and cutting and removing the topsoil and surface stones. The machine is also used to relocate small rocks and gravel and can even dig holes for streetlights.

Lot clearing – lot clearing in Brisbane is when all vegetation on a property is removed before the building begins, with excavators being used for this task.

Demolition – excavators can be used for small demolition jobs, as long as an experienced operator is behind the controls.

Earthmoving – earthmoving is digging up the earth, which isn’t just used for building. Landscaping often requires earthmoving, and many landscapers use an excavator to carry out this task.

Construction – because of their mobility, excavators are often the ideal machine to build with. As hard as it might be for some to believe there are construction sites in Brisbane that don’t have an excavator as a part of their construction team.

Where To Find Wet Hire Excavator In Brisbane?
Many companies nowadays offer wet hire services, where an experienced and qualified operator controls the machine. At Aussie Excavator Hire, we offer wet hire for all of our machines and the best customer service in town.

As a family-owned business that has been around for over 30 years, we believe in the fundamental Australian values, so you know you’re hiring equipment from someone who will treat your project with respect.

Our extensive fleet has excavators from 1 tonne to 30 tonnes, suitable for any project you have in mind. Excavators aren’t just acceptable for large companies anymore; they are also used by domestic clients who hire out excavators for home renovations or other construction jobs.

So if you’re looking for any advice on Redlands Excavator Hire, don’t hesitate to get in touch with the experts at Aussie Excavator Hire.